Christopher Chambers was born in Sudbourne, son of William (farmer) and Alice Chambers, of Marlesford.

The village of Templeux-Le-Guerard was taken by the British early in April 1917, lost on the 21st March 1918, and finally retaken by the 15th Suffolks of the 74th (Yeomanry) Division on the 18th September 1918. It is highly likely that Christopher Chambers was killed during this attack.

Christopher Chambers is commemorated in the churchyard at Marlesford on the headstone of his parents, William and Alice Chambers, shown below.  This is next to grave of two of his sisters, Annie and Gertrude. 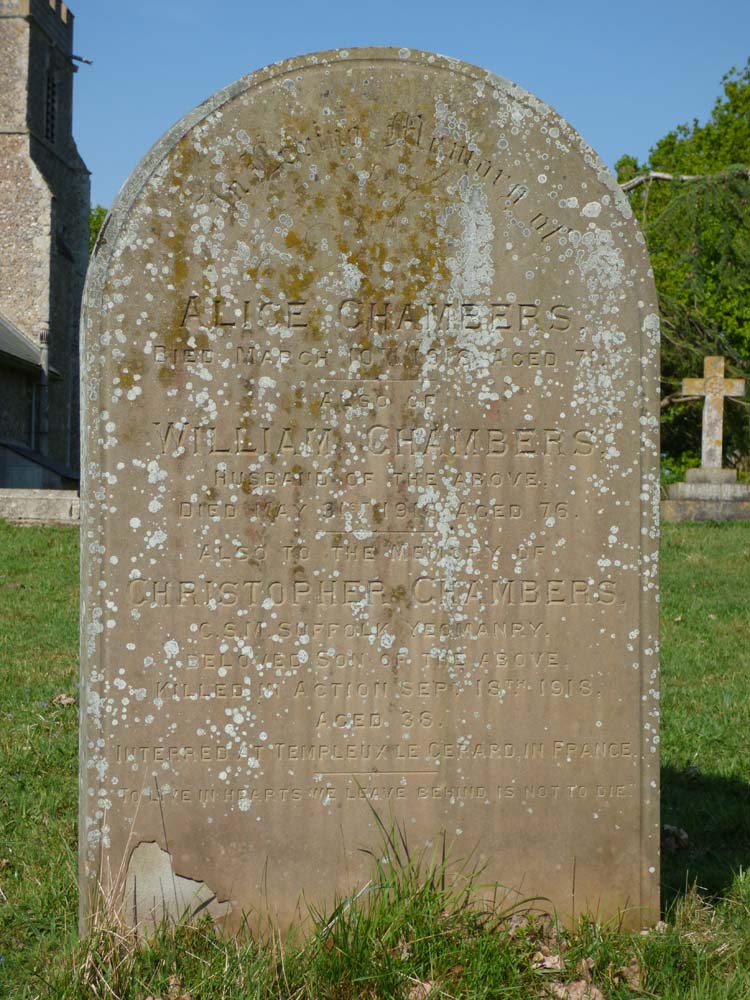 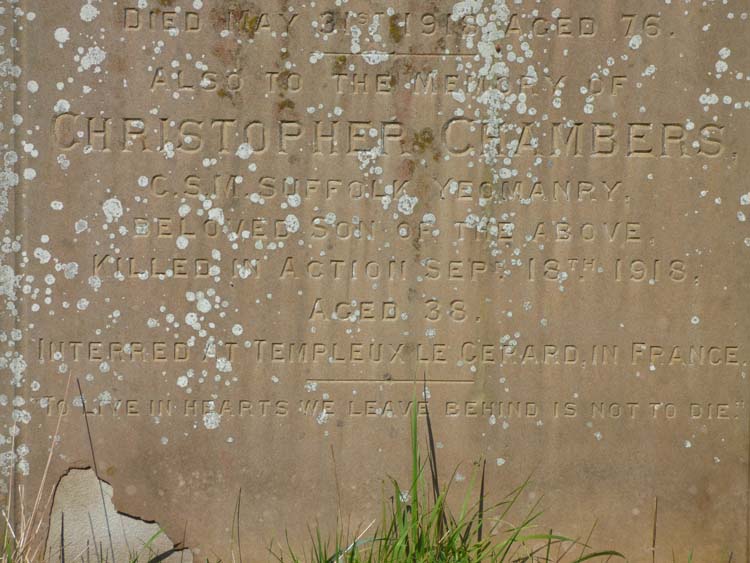 "To live in hearts we leave behind is not to die"

If you have any further information about Christopher then we would love to hear from you, please contact us here using the form.