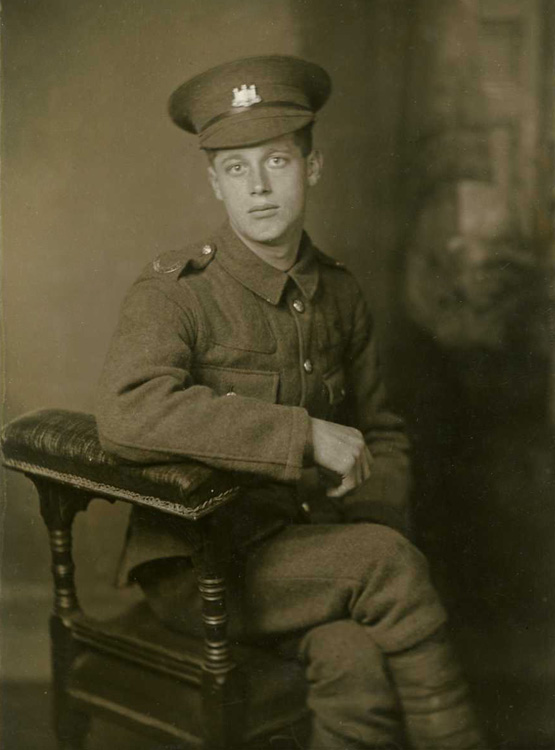 Harry and Frank Beeden were two of three brothers who served and fought during the Great War, with Harry losing his life at Ypres in 1917.

The three brothers who served were Frank, Harry and Eric, the sons of Thomas and Kate Beeden, Thomas was employed as a carpenter / builder. The couple also had three daughters Ella, Ivy and Myra and another older son, Thomas. 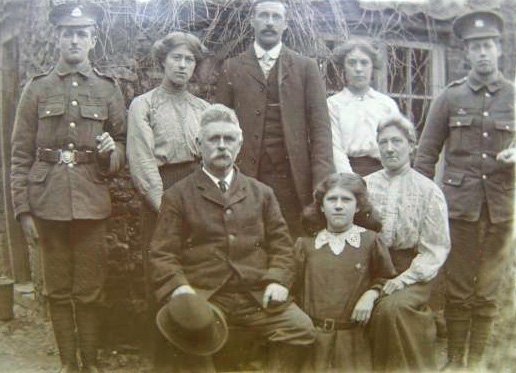 Harry was no stranger to action, with the 39th division he saw service at the Somme all through the second half of 1916 and as the new year of 1917 began his regiment was still on the front line at the Battle of Pilkem Ridge and the Battle of Langemarck, but it was at the battle of the Battle of the Menin Road Ridge 20th to 25th September, that Harry Beeden was killed in action on the 24th September, this action formed part of what we now know as the third battle of Ypres or as it is simply refer to as 'Passchendaele'.

Private Harry Beeden is now remembered with honour at the Larch Wood (Railway Cutting) Cemetery. He was awarded the 1915 star trio and the bronze Memorial plaque. Below is his British war medal and his death plaque. 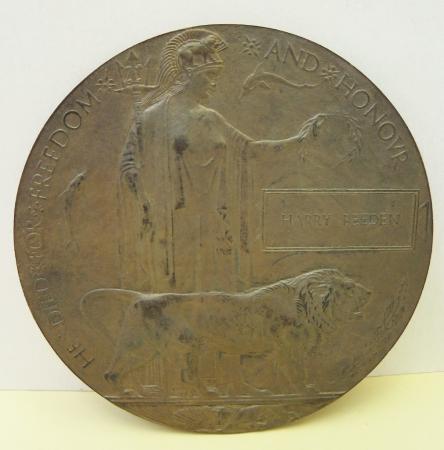 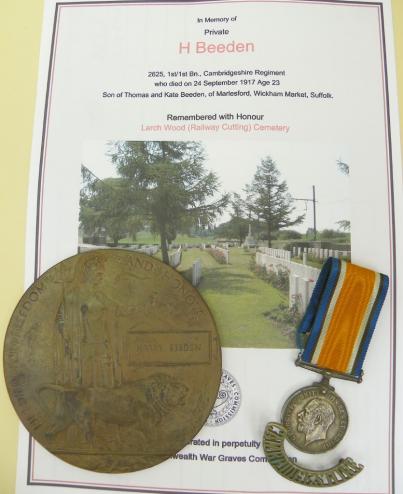 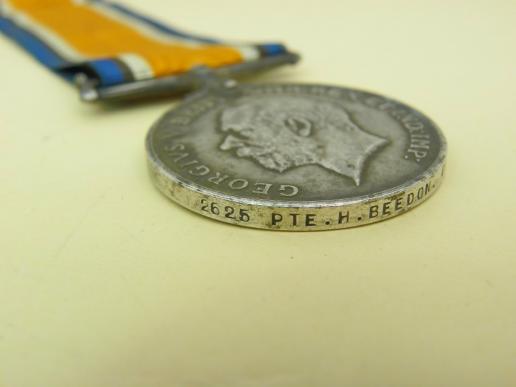 His record card states he changed regiment, it is possible his battalion of the Cambridge regiment were absorbed into the Suffolk’s even though his regiment is listed as the Cambridgeshire’s on his medal index card and the CWGC certificate. 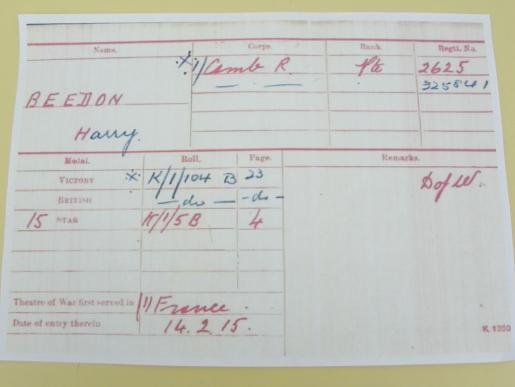 Harry's younger brother, Private Frank Beeden born 1896, joined the Army cyclist corps and saw action in Gallipoli from 16th august 1915, probably part of the Suffolk regiment serving with the 54th East Anglian division, (if you do not know the history of the Gallipoli campaign, please see any number of web pages, books or papers written on the subject, it is well worth the read).   After he was evacuated from Gallipoli the regiment arrived at Alexandria and later served in Egypt and Palestine.

Lastly there was Eric who served, this time in the royal navy volunteer reserve. Eric Groom Beeden, born 1900, was the youngest, he enrolled into the RNVR in 1917.  Eric didn't really see any action at sea and most of the time was docked at Felixstowe. He was awarded the British war and victory medal pair. 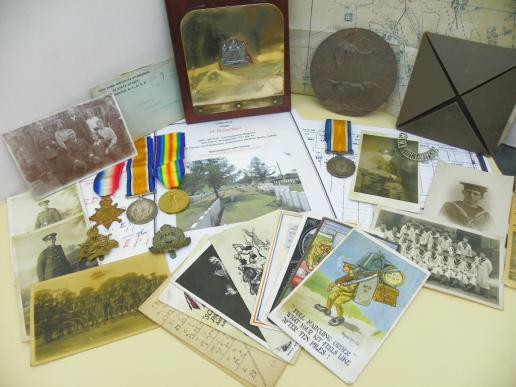 The above picture showes the full family collection and included a trench map, this must have been given to soldiers who were going on a trench raid or assault, it is a very early photocopy with hand written notes and adjustments in pencil.

If you are the proud owner of this collection, we would love to here from you, please contact us here using the form